In the last season’s race at the Idanha-a-Nova in Portugal, Alberto Basso, on his Husqvarna TE 530, has been crowned European Baja Champion 2011 both in the motorbike overall and in the B2 class.
At his debut in the UEM European Baja Championship, the Italian racer managed to dominate thanks to his stubborness and talent, traits that became evident since the very first race in Italy.
The second place overall went to the Portuguese Rui Costa, who lost precious points on the first day due to mechanical failures to his Husqvarna TC 510. This made him lose the possibility to race for the first place, despite his excellent racing season.
Third place overall and winner of the B1 class is Andrea Bruond, who was forced to stop due to physical problems caused by falls in the previous competitions.
Liliana Calado, the local Portuguese girl, wins the ladies class and ranked fourth place overall in the European Championship.

In Portugal, Basso decided not to force the race so as not to risk losing the title. He controlled tightly his pursuers closing the race in 4h:34′:11″.

The Baja TT Idanha-a-Nova was run from the 23rd to the 25th September on a track of 316 km on the beautiful hills of the Beira Baixa, region of Portugal bordering Spain, and divided into three special stages. It was won by the Portuguese Mario Patrao in 3h:45’:12”, who raced at an average speed close to 90 km/h, followed by Antonio Maio at 1′:20″ and Ruben Faria at 10′:27″. 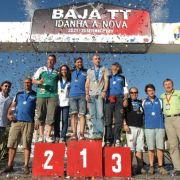 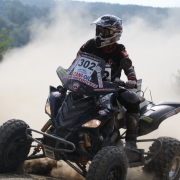 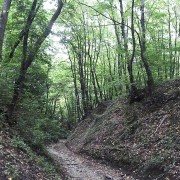 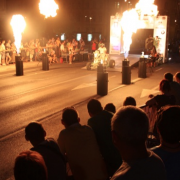